Two ceremonies for Princess Xenia and William B. Leeds Jr. 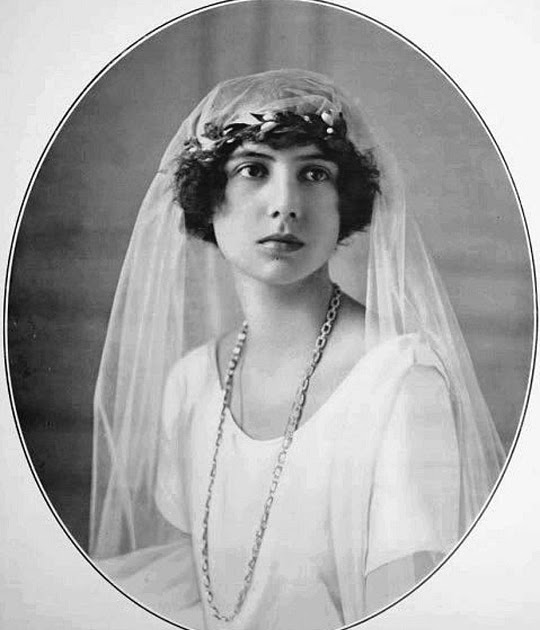 The wedding of Princess Xenia of Russia and William B. Leeds Jr.  took place this afternoon in Paris, and, according to the New York Times, it was a "strange mixture of the past and the present." Xenia, a "charming young princess," a descendant of Nicholas I of Russia, now living in exile was united in marriage to the son of the late William B. Leeds, the tinplate magnet, who died in 1908.    Young William was only 5 years old when his father died. William Leeds is the stepson of his new wife's uncle, Prince Christopher of Greece and Denmark, who married Nancy Leeds -- now HRH Princess Anastasia of Greece and Denmark in February 1920 after an engagement that lasted for six years. Princess Xenia is the daughter of the late Grand Duke George Mikhailovitch of Russia who was executed by the Bolsheviks in 1919 and Princess Marie of Greece, the daughter of King George I of the Hellenes and Grand Duchess Olga Konstantinova of Russia. The couple was married in two religious ceremonies.  The first wedding was celebrated at the American Church of the Holy Trinity.  This service started at 2:30 p.m. and did not last long.  At 3 p.m., the couple arrived at the  Russian church, where the ceremony was "held with all the pomp of Orthodox rites. Xenia wore a "white brocade wedding dress and a long train," which was carried by Prince Peter and Princess Eugenie, the two children of Prince and Princess George of Greece.  Her "simple white veil" was held in place by a "wreath of orange blossoms," and she was led up the aisle by the bridegroom.   Leeds chose to wear an "afternoon coat and a white flower in his buttonhole," to an altar in the center of the church as the choir sang a Gregorian chant. William and Xenia "looked curiously frail beneath the great gilded dome covered with huge figures of saints staring down on all sides." the two witnesses,  Prince Christopher of Greece, who is married to William's mother, and Grand Duke Dimitri Pavlovitch, stood behind the bride and groom, as other family members and wedding guests stood in a circle around them. The guest list featured the Dowager Queen Olga of the Hellenes, Prince George of Greece, and numerous Russian Grand Dukes and Grand Duchesses now living in Paris. The New York Times correspondent noted that "there was something almost pathetic in the sight of these people born to rule, without to rule today, as they stood there attending a ceremony which broke tradition for generations dear to them that a princess of a reigning house can only wed one of the royal blood." After the gold crowns "studded with precious stones" were held over their heads, the couple walked three times around the altar.   When the ceremony was over,  the newlyweds, now Mr. and Mrs. William B. Leeds Jr., got into a car and drove to the Ritz where the reception was held. The honeymoon will be spent in England. If you liked this article, perhaps you can buy me a latte
http://dlvr.it/S9CwZX
Posted by admin at 15:37