The wedding of HSH Princess Maria Annunciata and Emanuele Musini 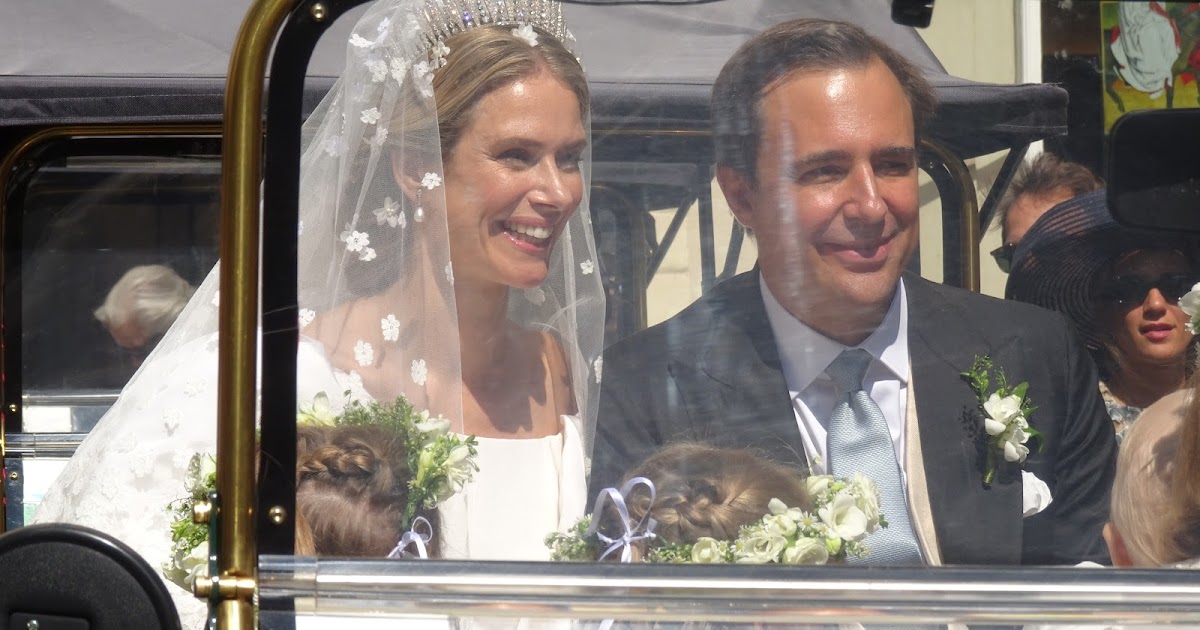 The religious marriage of HSH Princess Maria Annunciata of Liechtenstein and Emanuele Musini took place at the Schottenkirche in Vienna on September 4.   The 36-year-old bride is the eldest child of HRH Prince Nikolaus of Liechtenstein, the younger brother of Hans Adam, the Prince of Liechtenstein, and HRH Princess Margaretha of Luxembourg. Musini, 42, was born in London and is the son of the late Nicolò Musini and Monica Traglio.  He is the Co-Founder and CEO of  Phillo Health, which is located in Boston, Massachusetts.  Phillo Health was recently acquired by Stanley Black & Decker. https://yourstory.com/people/emanuele-musini?origin=awards My thanks to Gabi for allowing me to use her photos.  She is the copyright holder. Prince Henri of Bourbon-Parma  and Archduchess Gabriella and their second child, Princess Anastasia HI&RH Archduke Michael and Archduchess Christina of Austria Prince Hassan and Princess Sarvath of Jordan Prince Lorenz of Belgium and his daughter, Laetitia-Maria Princess Elisabeth of Thurn und Taxis and her brother Albert, Prine of Thurn und Taxis Prince Guillaume, Prince  Jean, Countess Diane of Nassau, and Princess Sibilla of Luxembourg On the right, Archduchess Marie Astrid and Archduke Christian talking with Prince Jean, Countess Diane, and Princess Sibilla Prince Sebastian of Luxembourg Scarlett-Lauren Sirgue and Prince Louis of Luxembourg Prince Alexander Fugger von Babenhausen and Gabriela Stoudemir The Hereditary Grand Duke and Grand Duchess of Luxembourg HRH Princess Margaretha of Luxembourg and her brother Grand Duke Henri of Luxembourg HRH Hereditary Prince  Ernst August of Hannover The Bride and her dad Wearing the Habsburg Fringe Tiara Maria Annuciata's gown designed by Valentino the Hereditary Prince and Princess of Hannover Prince Christian and Princess Alessandra of Hannover Marie Astrid and Christian of Austria The bride and groom are 12th cousins, sharing descent from Lorenzo Strozzi (1595-1671) & Maria Simona Machiavelli, a grand niece of Niccolo Machiavelli, author of The Prince  The reception was held in the Liechtenstein City Palace in Vienna.  The palace is owned by the Prince of Liechtenstein.
http://dlvr.it/S7BzBC
Posted by admin at 23:19