After 26 years together, India said I do 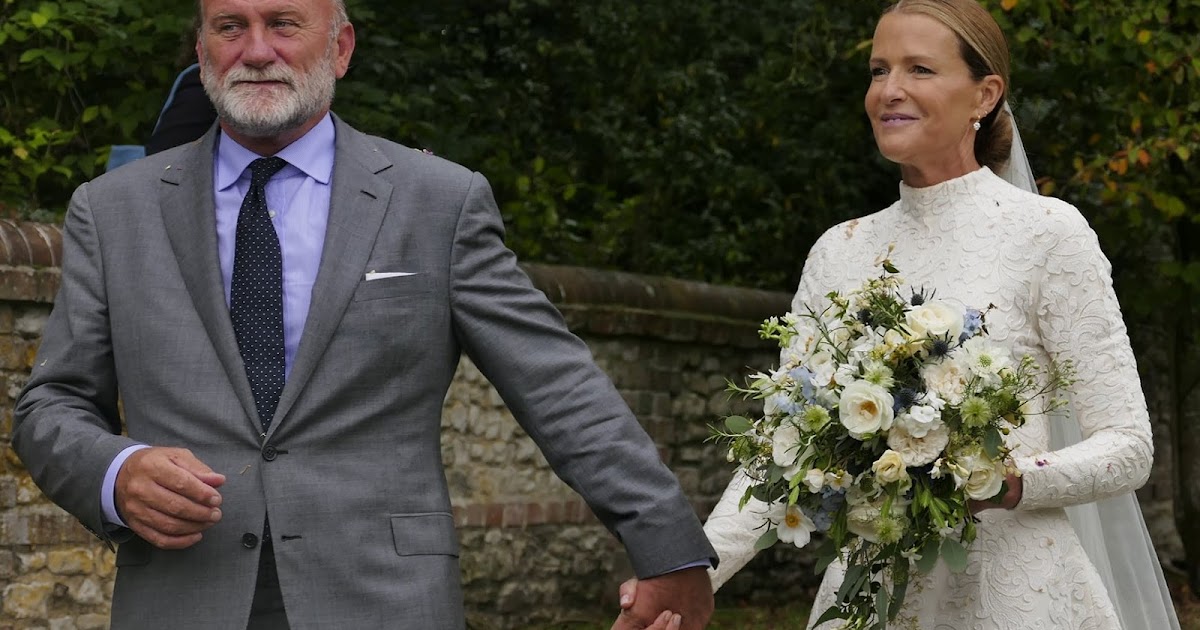 @Ken Stone  After  26 years and 5 children, India Hicks and David Flint Wood were married today at the St. Bartholomew's Church in Brightwell Baldwin, Oxfordshire.   A reception at the Nelson Pub in  Brightwell Baldwin was held after the service. India, 54, is the youngest child of the late interior designer, David Hicks, and his wife, Lady Pamela Mountbatten, the younger daughter of the late Earl Mountbatten of Burma and the Hon, Edwina Ashley.  She and David have been together for 26 years and have four children, Felix, 24, Amory, 22, Conrad, 18, and Domino, 13.  They also have an adopted son, Wesley whose mother died some years ago from cancer.  All five children were at the wedding as was India's mother, Lady Pamela. Felix escorted his mother down the aisle. The Daily Mail has a largely good article about the wedding,  but the writer, Bridie Pearson-Jones refers to the bride as Lady India Hicks.    India is not the daughter of a duke, marquess, or an earl.   Her mother is Lady Pamela as she is the daughter of an earl. Ashley Hicks pushes his mother's Lady Pamela Hicks' wheelchair In July 1981, young India was a bridesmaid at the wedding of her godfather, the Prince of Wales, and Lady Diana Spencer. She followed in the footsteps of her mother, who was a bridesmaid at the wedding of Charles' parents, Queen Elizabeth and Prince Philip in 1947.  Prince Philip is Lady Pamela's first cousin. No members of the Royal Family were present for today's wedding. The guest list included India's older sister and brother, Edwina, and Ashley, who was accompanied by his girlfriend, Martina Mondadori, and his two daughters, Angelica and Ambrosia from his first marriage, the Marquess and Marchioness of Milford Haven,   The Hon Philip, and the Hon. Timothy Knatchbull, the bride's first cousins, served as ushers. The Hon. Mr. & Mrs Timothy Knatchbull The Marquess & Marchioness of Milford Haven All the photos were taken by Ken Stone.   India, a designer in her own right, and David divide their time between homes in the Bahamas and Oxfordshire.  He owns and runs Hibiscus Hill on Harbour Island. The photos may not be reproduced without the permission of the photographer, Ken Stone.  He is the copyright holder.  I am grateful to his kindness for allowing me to use these photos. https://www.hibiscushillharbourisland.com/ https://www.dailymail.co.uk/femail/article-9978067/Lady-India-Hicks-54-marries-partner-26-years-David-Flint-Wood.html https://royalmusingsblogspotcom.blogspot.com/2020/11/india-hicks-and-david-flint-wood-are.html https://www.indiahicks.com/ https://royalmusingsblogspotcom.blogspot.com/2016/05/a-nice-profile-of-india-hicks.html
http://dlvr.it/S7LXS2
Posted by admin at 01:14