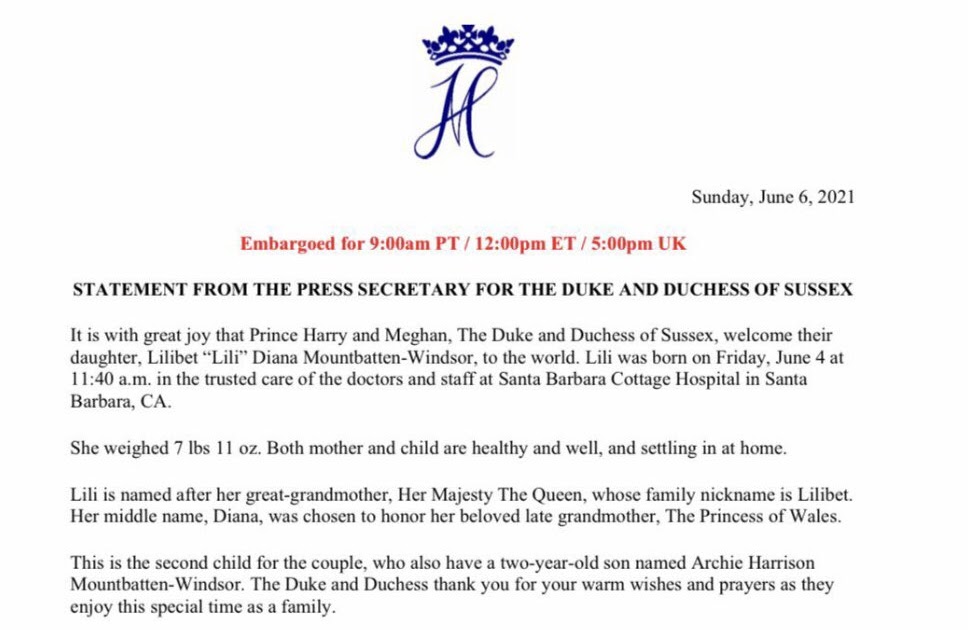 ICYMI:   Queen Elizabeth II's 11th great-grandchild will be known as Lili.   She is eighth in line to the throne. As the daughter of a duke, she bears the courtesy title Lady before her Christian name but her parents have chosen to eschew the ducal courtesy titles. In her book, The Little Princesses,  Marion Crawford wrote: "From the time of my arrival, Lilibet came down to me.  She had given herself this name when she found 'Elizabeth' rather difficult to get round, and it had stuck to her ever since."
http://dlvr.it/S1Kdvf
Posted by admin at 19:35