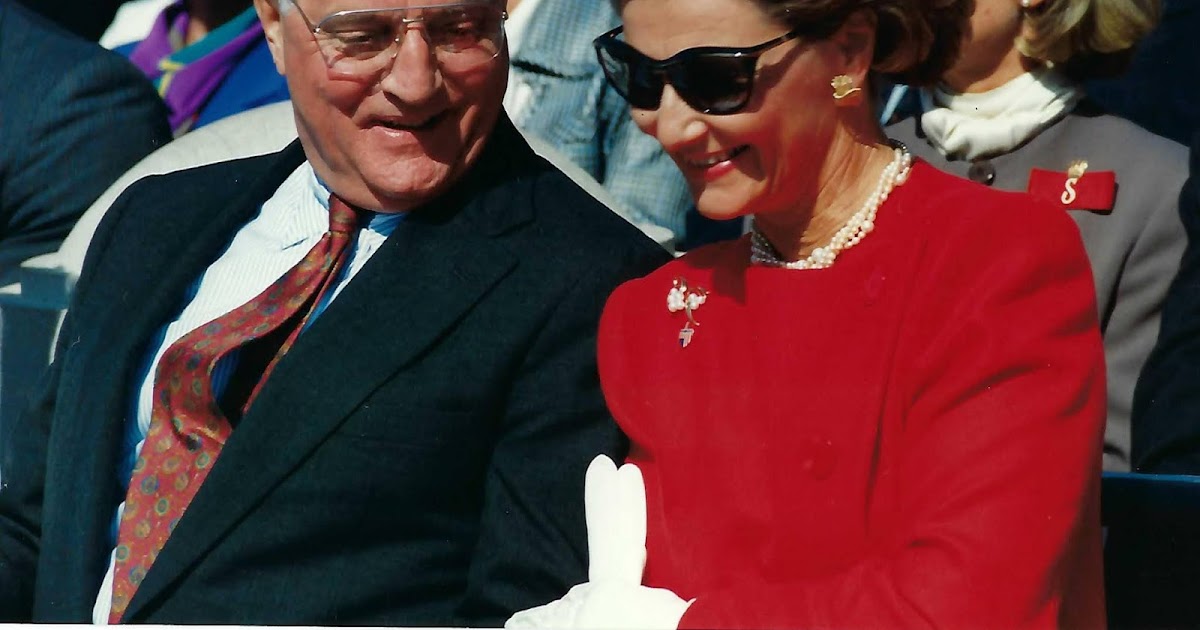 ICYMI: All photos by Marlene A. Eilers Koenig  Former Vice President Walter Mondale died today at the age of 93.   On October 9, 1991, he was one of the guests at the welcome of three Viking Ships at the Washington D.C., Harbor. The three ships were recreating Leif Erickson Day .. the Icelandic-Norwegian explorer who "discovered" America nearly 500 years before King Ferdinand and Queen Isabel sponsored Christopher Columbus' voyage to the New World.    Queen Sonja of Norway and then Icelandic President Vigdís Finnbogadóttir were the guests of honor.   I was covering the event for a Britsh magazine.  Much to the amusement of the press, the Secret Service tried to deny entry to one of the VIPs.   Walter Mondale, Vigdís Finnbogadóttir & Queen Sonja We kept telling the agents, all of whom appeared very young, that the man they were questioning was a prominent Norwegian American Walter Mondale.  I recognized him as did other members of the press. One of the agents turned to me afterward and said thank you.   I responded with something like: you should be able to identify the former Vice President. It was not until 2008 when Congress passed legislation that extended Secret Service protection for former Vice Presidents for six months after leaving office. Mondale served as Jimmy Carter's Vice President (1977-1981).  He lost the 1984 Presidential election to Ronald Reagan.   Walter Mondale was 93.
http://dlvr.it/RyR4QW
Posted by admin at 02:06