An Engagement in the Princely House of Liechtenstein! 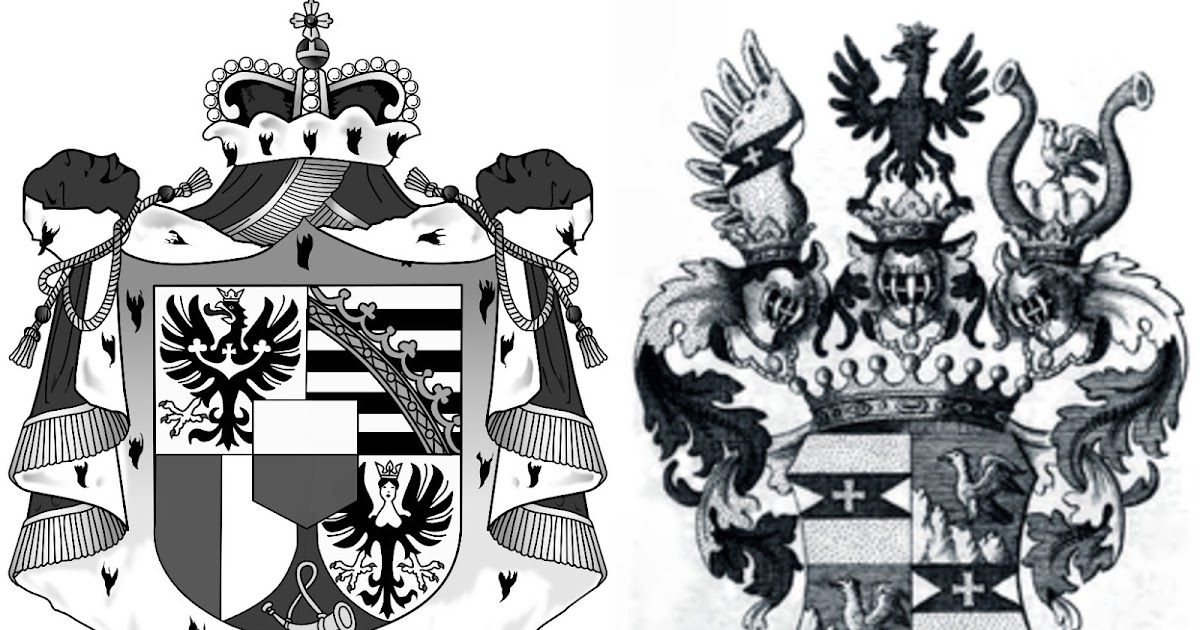 ICYMI: The combined Liechtenstein/Hartig coats of arms. Over the weekend, Prince Johann Wenzel von und zu Liechtenstein proposed to Countess Felicitas von Hartig.  Johann Wenzel Liechtenstein. Photograph via LinkedIn. Born on 16 March 1993, Prince Johann Wenzel of Liechtenstein is the son of Prince Gundakar of Liechtenstein (b.1949) and Princess Marie d'Orléans (b.1959), who married in 1989. Johann Wenzel was raised near Vienna with his family. The prince went to boarding school in the United Kingdom. He then studied economics and politics at the University of Montréal; he received a bachelors degree in these subjects from this institution in 2016. Afterward, Johann Wenzel attended the Royal Military Academy Sandhurst; he eventually became an officer in the Coldstream Guards of the British Army. Recently, the prince has received a masters in AgriBusiness Management from the Rome Business School. Prince Johann Wenzel is a great-grandson of the late Prince Henri and Princess Isabelle, Count and Countess of Paris. Felicitas Hartig. Photograph via LinkedIn. Born on 10 April 1994, Countess Felicitas von Hartig is the daughter of Count Lukas von Hartig (b.1964) and Claudia Toperczer (b.1965), who married in 1993. Felicitas studied Law at the University of Vienna; she received a bachelors and masters degree in this subject from the institution in 2018. In 2021, Felicitas received a bachelors from the University of Vienna in art history.  Johann Wenzel of Liechtenstein and Felicias von Hartig are seventh cousins once removed; they are both descendants of Count Ignácz Koháry de Csábrágh et Szitnya (1726-1777) and Countess Maria Gabriela Cavriani (d.1803). Our congratulations to the couple!
http://dlvr.it/Rwd8Zw
Posted by admin at 01:10