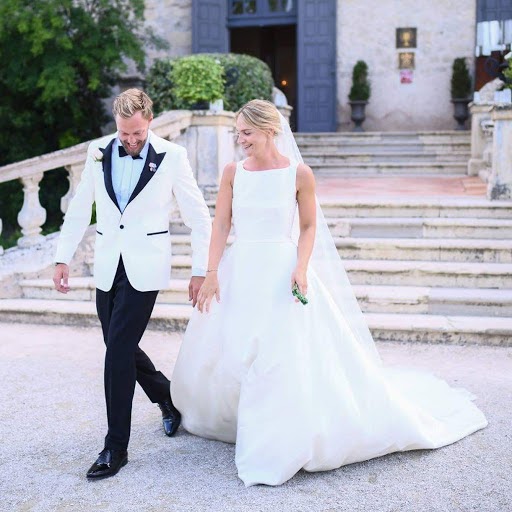 Prince Joseph and Princess Anna Louise of Bourbon-Parma on their wedding day. On 21 January 2021, Joseph de Bourbon de Parme and his wife Anna Louise welcomed the birth of their first child, a son named Arthur.  Prince Philippe and Princess Annette of Bourbon-Parma with their sons Jacques and Joseph. Joseph and Anna Louise married in 2018. Joseph (b.1989) is the younger son of Prince Philippe of Bourbon-Parma (b.1949) and his wife Annette Smith (b.1955), who married in 1979. Joseph has an elder brother, Jacques (b.1986). Anna Louise (b.1988) is the daughter of Leo Budd and Lilla Vibeke Bøgeløv. Prince Jacques of Bourbon-Parma and Countess Birgitte of Holstein-Ledreborg on their wedding day. Photograph (c) Getty Images/Keystone-France. Arthur de Bourbon de Parme (b.2021) is the paternal great-grandson of Prince Jacques of Bourbon-Parma (1922-1964) and Countess Birgitte of Holstein-Ledreborg (1922-2009).  Source: Descendants of King Christian IX of Denmark
http://dlvr.it/RsZWz7
Posted by admin at 16:32