A Right Royal Riddle: Who Am I? 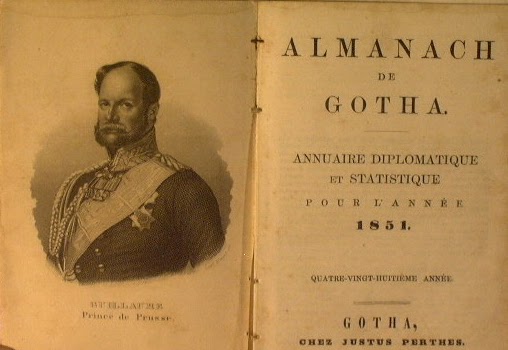 A Gotha Quiz: Who Am I? By Darren Shelton for the European Royal History Journal. The man history named as my father was extremely flamboyant, a trait which eventually cost him dearly.  Many at the time felt that my true father was the man who taught my 'official' parents the art of lovemaking. My arrival after many years of what appeared a barren marriage helped to confirm this. I eventually succeeded as king at a young age. Time was to prove that ruling was not my forte. My wife came from a family that was successful in establishing her siblings on other thrones.  My son was to eventually marry a woman from the same house as his mother. Through my daughter-in-law, my descendants had imperial connections, albeit due to adoption. Due to my ineptness, my son was forced to live a life of much reduced circumstances. As can be expected, I died a broken man. Who am I? The answer will be posted tomorrow. +++++++
http://dlvr.it/Rt9nQr
Posted by admin at 16:52