a new QVD in a few months 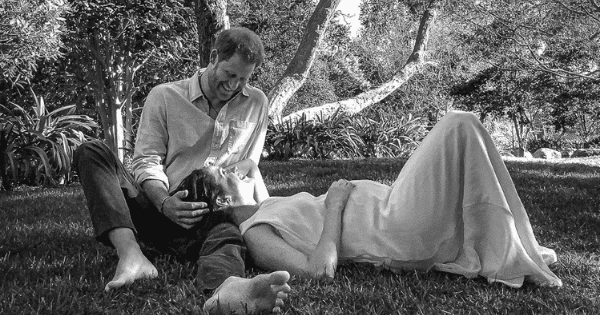 ICYMI:   @PHOTO BY MISAN HARRIMAN, COPYRIGHT OWNED BY THE DUKE AND DUCHESS OF SUSSEX © 2021 TRH The Duke and Duchess of Sussex announced earlier today that the Duchess is expecting a second child.  "We can confirm that Archie is going to be a big brother. The Duke and Duchess of Sussex are overjoyed to be expecting their second child," stated their spokesman. The due date was not included in the announcement. This will be the second child for the Duke and Duchess.  Their first child, Archie Harrison, was born on May 6, 2019, at the Portland Hospital in London.  Last July, the Duchess suffered a miscarriage, which she wrote about for the New York Times in November. The new baby will be 8th in line to the British throne.  Several news outlets have been reporting that the late Diana, Princess of Wales' second pregnancy (Harry) was announced on February 14, 1984.  This is incorrect.  Buckingham Palace announced on February 13, 1984, that the Princess of Wales was expecting a second child.  The BBC broadcast the news at noon.  British newspapers put the pregnancy on their front page on February 14.  The Associated Press' wire story would have followed the BBC's announcement within a few minutes. (I was a news librarian with the AP in 1984).   A noon announcement in the United Kingdom meant that Americans living on the East Coast would have heard the news soon after 8 a.m., if they were watching one of network morning news programs or CNN, which began broadcasting in June 1980. Notice the February 13th dateline for the New York Times and the Washington Post. People Magazine (February 27, 1984) refers to the "Valentine's eve announcement."   I also have the Daily Telegraph's article (February 14, 1984) titled "September Baby for Princess."   The lead paragraph states: "After months of speculation, the Prince and Princess of Wales announced YESTERDAY that they are expecting their second child late in September." This will be the second of three births in the royal family this year.   Princess Eugenie, who is married to Jack Brooksbank, gave birth to a son on February 9.   Zara Tindall, the daughter of Princess Anne, is due to give birth to her third child within the next few months. Eugenie, Harry, and Zara are first cousins, which makes their children second cousins.   Baby Sussex will be Queen Elizabeth II's tenth great-grandchild unless Baby Tindall arrives first.
http://dlvr.it/RsqtJc
Posted by admin at 16:42