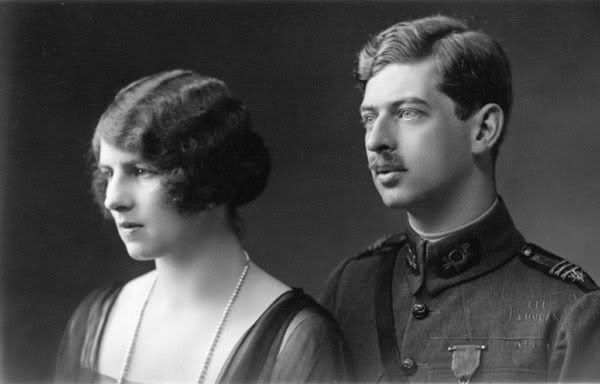 January 11, 1921   The Associated Press is reporting that the Allied representatives in Athens are "embarrassed over the question of attending the wedding" of Crown Prince Carol to Princess Helen of Romania should King Constantine "remain unrecognized by the Allies before the wedding.  The date of the marriage has not been fixed, although the king has said it will take place in late January or early February. Helen is the eldest daughter of King Constantine and Queen Sophie. Her future husband, Crown Prince Carol, is the eldest son of King Ferdinand and Queen Marie of Romania.  Queen Sophie and Queen Marie are first cousins. It is understood that the primary reason for the delay in announcing the date of the wedding is "the desire first to obtain allied recognition for Constantine." The French minister was quoted as saying that he was waiting for special instructions from his government.  If the King is not recognized, the French minister will go to the Romanian Legation on the day of the wedding to meet Queen Marie of Romania who is expected to attend the wedding.
http://dlvr.it/RqS8Pr
Posted by admin at 02:02