40 Years Since the Passing of Princess Alice, Countess of Athlone 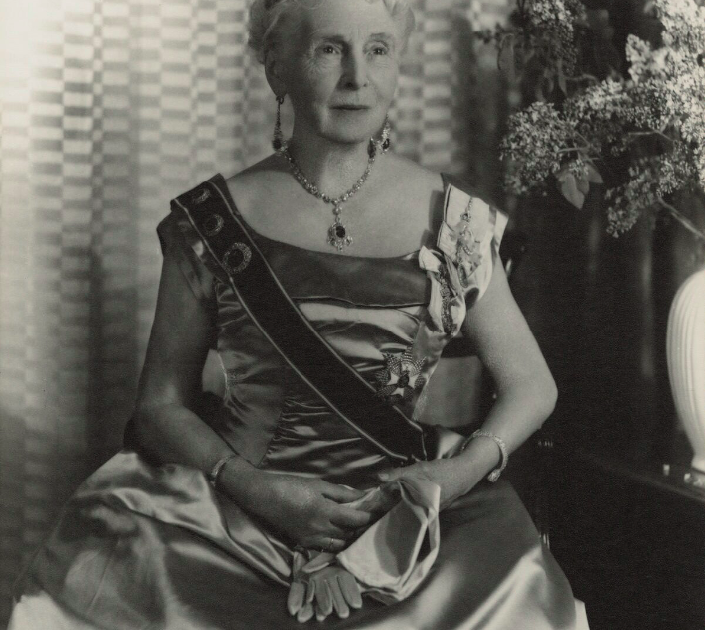 ICYMI: Princess Alice, Countess of Athlone, in 1963.Photograph © Yevonde Portrait Archive / Mary Evans Picture Library. Forty years ago today, HRH Princess Alice, Countess of Athlone, died in her sleep on 3 January 1981 at London. She was ninety-seven years-old. The princess was a first cousin of Queen Wilhelmina of the Netherlands and the last surviving grandchild of Queen Victoria. The Countess of Athlone curtsies to the Queen; Princess Margaret stands behind them. Photograph © Rex Photos. HM Queen Elizabeth II learned the news of the princess' death ''with great sadness." The Countess of Athlone lived through the reigns of six British monarchs: those of Queen Victoria (her grandmother), King Edward VII (her uncle), King George V (her cousin and brother-in-law), King Edward VIII (her first cousin once removed and nephew), King George VI (her first cousin once removed and nephew), and Queen Elizabeth II (her first cousin twice removed and great-niece). The Duke and Duchess of Albany with their daughter Princess Alice.Photograph © National Portrait Gallery, London. Princess Alice of Albany was born on 25 February 1883 at Windsor Castle to the Duke and Duchess of Albany. Her father Prince Leopold was the youngest son of Queen Victoria and Prince Albert, Prince Consort. Her mother Princess Helena was a daughter of Fürst Georg Victor of Waldeck and Pyrmont and Princess Helena of Nassau. Alice's younger brother, Prince Charles Edward (later Duke Carl Eduard of Saxe-Coburg and Gotha), was born on 19 July 1884 after the death of their father.  Prince Alexander of Teck and Princess Alice of Albany on their wedding day. Photograph © Royal Collection Trust. In 1904, Princess Alice of Albany married her second cousin once-removed Prince Alexander of Teck (1874-1957), the brother of Princess Mary, then Princess of Wales and later Queen Mary as the wife of King George V. Prince and Princess Alexander of Teck had three children: Princess May of Teck (1906-1994; later Lady May Cambridge; married Sir Henry Abel Smith), Prince Rupert of Teck (1907-1928; later Viscount Trematon; a haemophiliac), and Prince Maurice of Teck (1910-1910). In 1917, Prince Alexander relinquished his German princely title and was created the Earl of Athlone by his brother-in-law the King.  Princess Alice, Countess of Athlone, 1941. Between 1924 and 1930, the princess accompanied her husband while the Earl of Athlone carried out his responsibilities as the Governor-General of South Africa. Thereafter, from 1940 until 1946, Princess Alice served as the Canadian viceregal consort while the Earl of Athlone undertook his duties as the Governor-General of Canada. King George VI and his wife Queen Elizabeth were very happy with Alice's activities. The king remarked to Canadian Prime Minister Mackenzie King that his cousin was "so lively and helpful." The queen later remembered of Alice's time in Canada: "She had such get-up-and-go. She was always very straight, very strong-willed, with a great natural dignity." Princess Anne and Princess Alice, Countess of Athlone, in London, 1969. Princess Alice, Countess of Athlone, is buried at Frogmore, Windsor.  ______________ For further news and articles about Europe's imperial, royal, and noble families, join Eurohistory: Subscribe to the European Royal History Journal!
http://dlvr.it/Rpw69g
Posted by admin at 01:51